She loves to create, paint, photograph and keep her ideas and imagination flowing 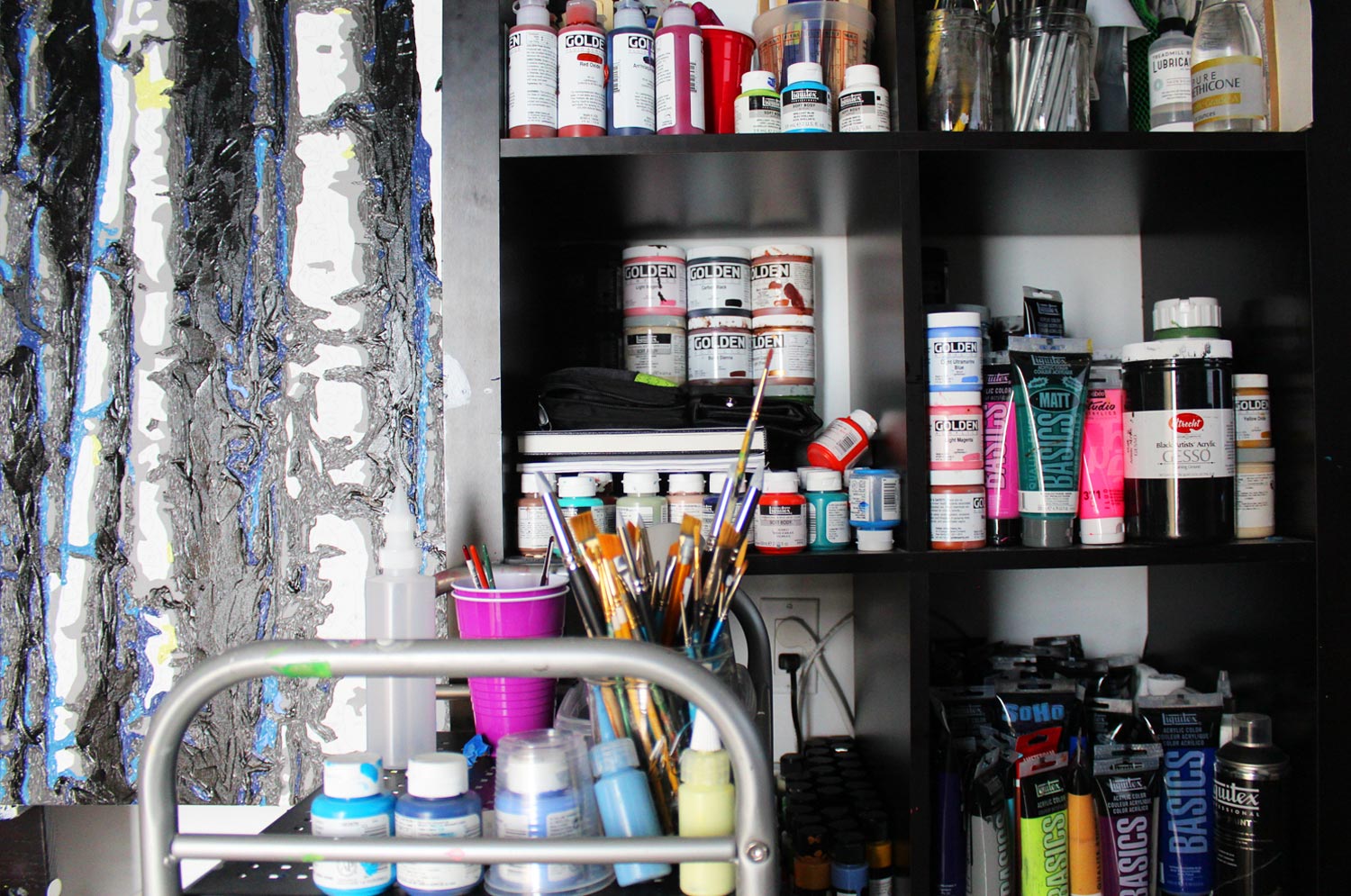 Desiree Kawass, known to most as “Desi”, was born and raised in Kingston, Jamaica. She attended Immaculate Conception Preparatory & High school and graduated at the age of sixteen. She then moved to Miami, Florida to pursue a career in Visual Art at Florida International University. However, she discovered a new interest in the mechanics of the human body, which then led her towards a degree in Exercise Physiology, of which she obtained both a Bachelors and Masters degree. She also became a licensed hygienist in 2007. Her painting took a back seat to her education and it would only fill the gaps in her spare time. However, there was always something missing, she had lost interest in each endeavor she pursued. She needed to paint, she wanted to paint and paint she did.

Desiree began by expanding her Bamboo Series with more vibrant colours and using larger canvases. She felt that the use of such colours could not and should not be contained to a small canvas – she needed to make a statement, she needed to evolve. Her paintings then became more meaningful, paying tribute to her Uncle Peter Clough. B emulating his art with her interpretation of his work, her P-Tree series became a compilation of work that she holds very close to her heart. She then started experimenting with three-dimensional art. These are what she calls her “Happy Times” series, – because you cannot look at these paintings without feeling some sort of euphoria. This series became the immediate focus and the inspiration for Pop Up Piano Miami 2012 – Art Basel.

Prior to this event, Desiree participated in the SOMI Art Walk, The Kiwanis Club of Little Havana – Art in the Park and Miracle Mile Art Walk, Artists Wanted – Art Takes Miami and Art Takes New York. However, for Desiree, the acceptance as an official Pop Up Piano Miami 2012 artist has been her greatest achievement yet. She still continues to define herself with her ever evolving series, which include her Arbor Ballet, Arbor Iconic, Arbor Expression and Making Waves collections . The Arbor series was born through the collaboration of her education and her artistic mind. Her education provided an abstract interpretation of the mechanics of the human body and the inspiration and emulation from her P-Tree series set the tone to create this ever evolving collection. The Waves series stemmed from her husband’s passion and love of surfing. They have travelled to Barbados, Costa Rica, Nicaragua, Jamaica, California and Fiji for these incredible waves.

Recently, she has taken on her biggest challenge – Portraits. Whether they are people or animals, this has been something she has purposely not attempted. She felt that it was not “in her” to accomplish this task and unexpectedly it was. She calls this her “Fragments” collection – fragments of everything she has learned as an artist, fragments of colors she uses to create her pieces – in all…Fragments of her.